From time to time, there are situations that arise that make us use our creativity, science, and technology. This is one of those times. This patient had been in a car crash when he was young, resulting in facial trauma. It seemed like those days were years behind him. When he was an early teenager, he went through orthodontic treatment. His braces turned out great; his smile is beautiful, but there was one reminder of the car crash, a tooth that did not descend properly. The tooth was stuck, although the orthodontists spent months trying to pull the tooth in the tooth was stuck. The tooth has a condition called ankylosis; ankylosis is where a tooth becomes fused to the bone, not having the ligament that “normal” teeth have. This condition is probably a side effect of the car crash.

Dr. McOmie did a minor gum surgery to expose the tooth. Then he prepared the tooth for a metal-free bio-compatible crown. The patient left that day with a temporary and came back four days later. The permanent crown was then bonded in place. As you can see in the pictures, the final crown looks very similar to the surrounding teeth and will give years of service. With a tooth-like this, the patient seems normal and has a normal chewing function. 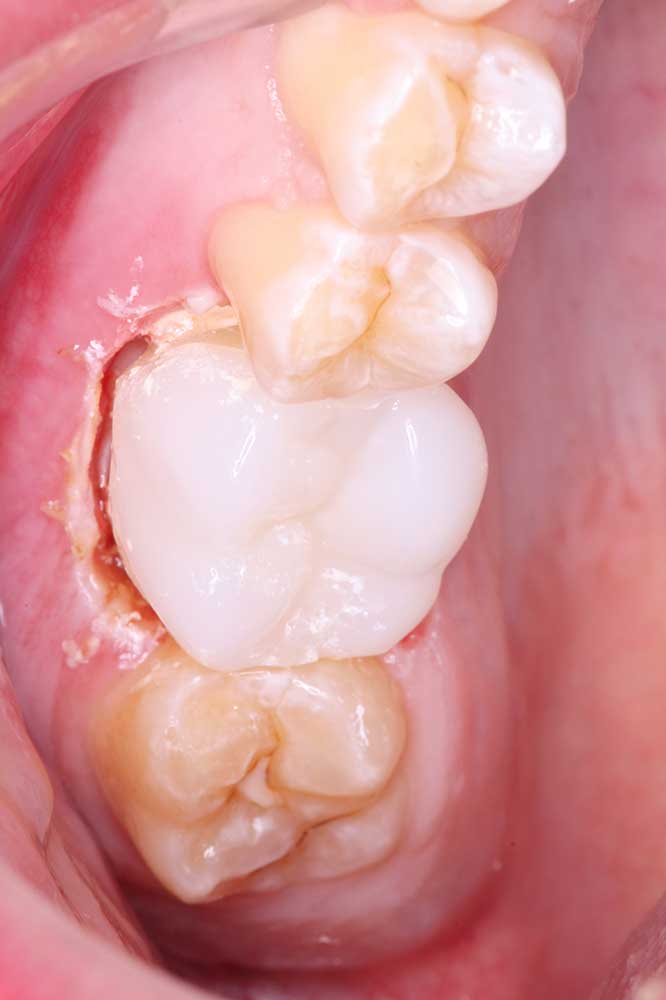 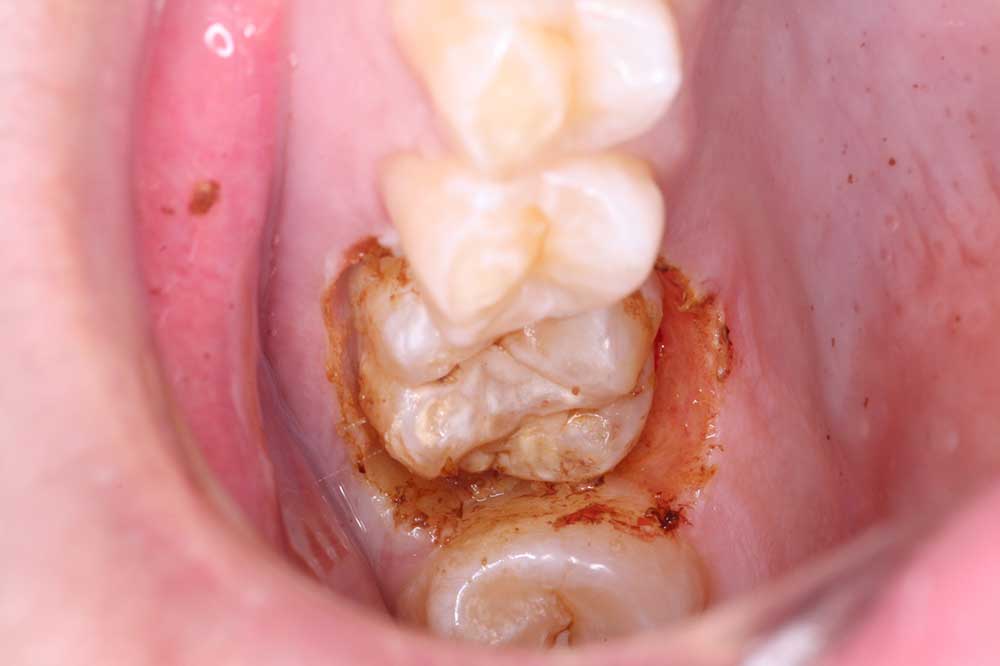 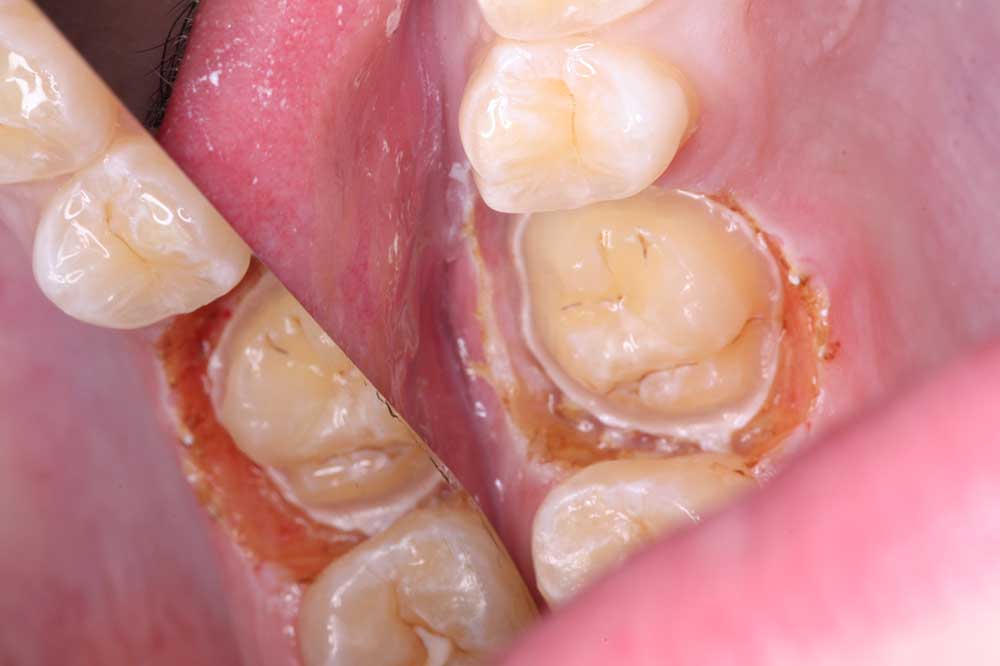 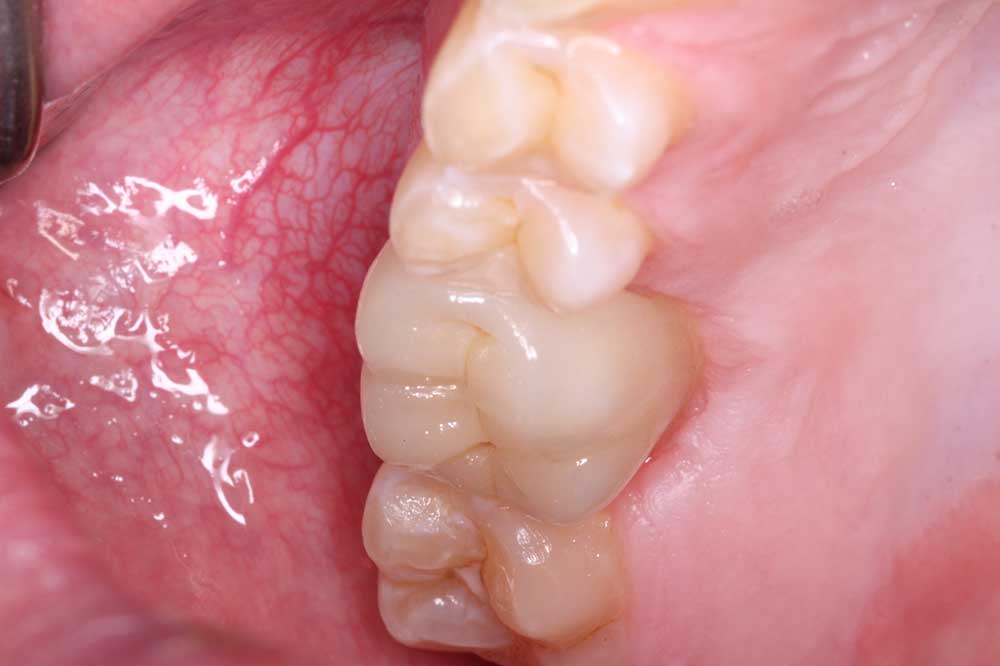 Regardless of How Tough the Case Is, We Can Help!

We are committed to helping you fix your teeth and offer convenient appointments for all of your dentistry needs. Call us today at (423) 899-1112
Contact Us

Learn why Dr. McOmie is a leader in dentistry and how he can help you get renewed confidence in your smile with precise artistry, quality, personalization, and expert dental care. 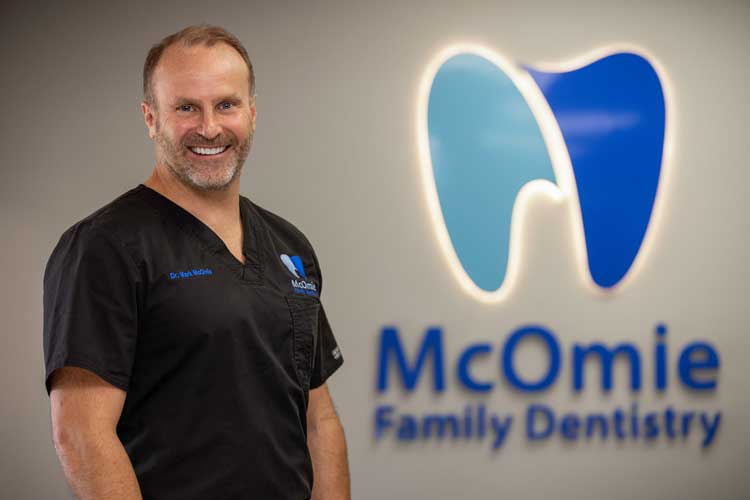 Our Promise To You

Why Choose McOmie Family Dentistry for Your Dental Needs

We know our patients have many options for dental care in the Chattanooga, TN area. Our experienced award-winning team is here to help you achieve your dental goals with our comprehensive approach and personalized treatment plans. We are dedicated to providing exceptional care in a comfortable environment where we treat every patient like family. You won’t find another dentist like us anywhere else in town! With so many options available, it can be difficult knowing which procedure will work best for you but don’t worry – we have years of experience helping patients just like yourself get their perfect smile back again! 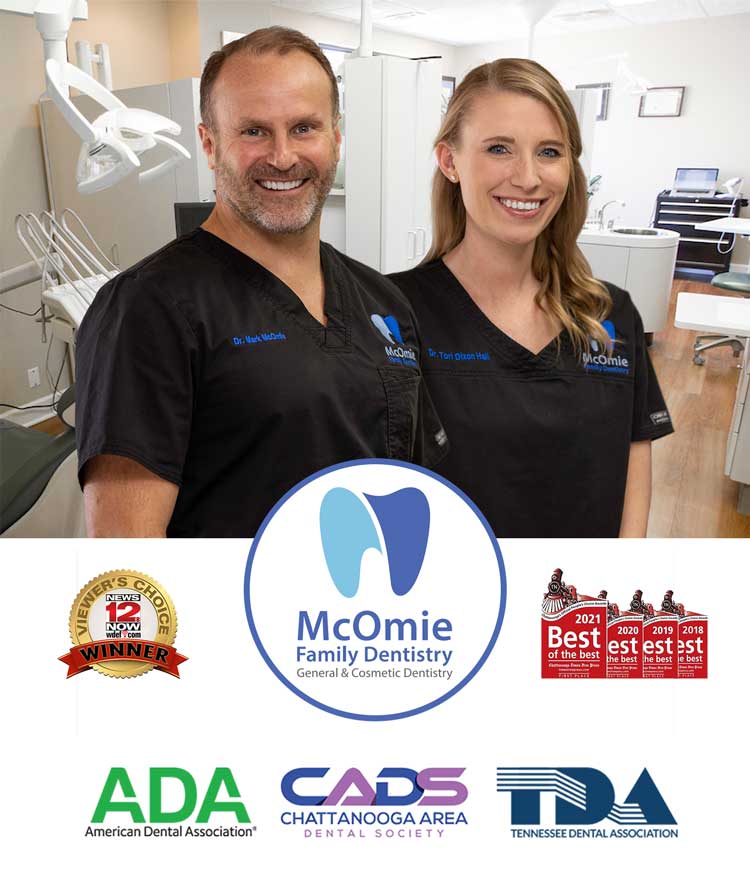 What Our Patients Say

There is a reason we are highly rated and trusted by our patients on Google, Facebook and Yelp.
